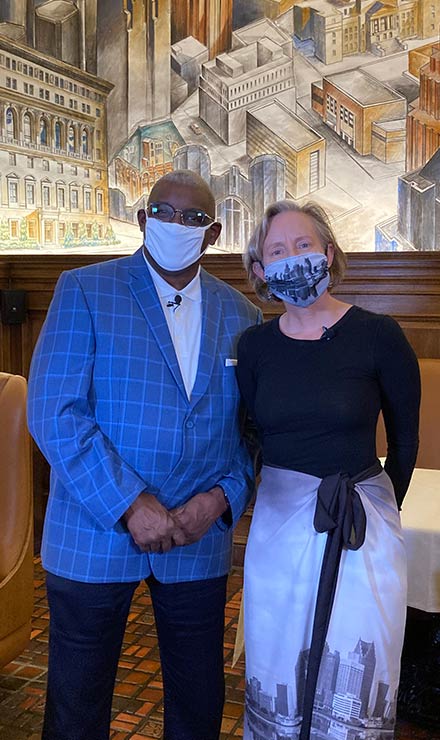 Debra Kawsky, art historian and adjunct associate professor in the art department has been busy representing Madonna in the art community. Last weekend she was a featured speaker for the Art Impact Connect virtual event that celebrated painter and sculptor Artis Lane, age 93, who recently moved back to Detroit from Los Angeles.

Kawsky contributed two presentations during the event. The first was an interview she had recorded with Detroit artist Hubert Massey at the Detroit Athletic Club (see photo at right). During the interview the two discussed his most recent mural, Power to the People, in downtown Detroit and screened an amazing music video by the Detroit Youth Choir marches on Hubert's mural.

The second contribution was a lecture on the life and art of Artis Lane filmed at the Cranbrook Art Museum (empty audience apart from the director). Lane and Kawksy pictured at right.

Kawsky has interviewed Lane during the pandemic and will be continuing her research about the artist and her work. Highlights from Kawsky's talk about Lane include that she was:

The two presentations will be made public in the near future. Faculty and staff interested in seeing the presentations should email Debra Kawsky. 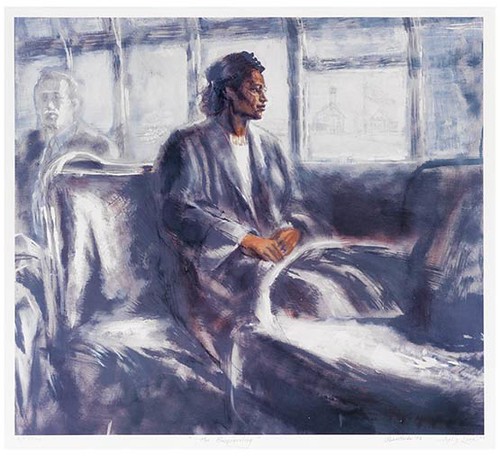