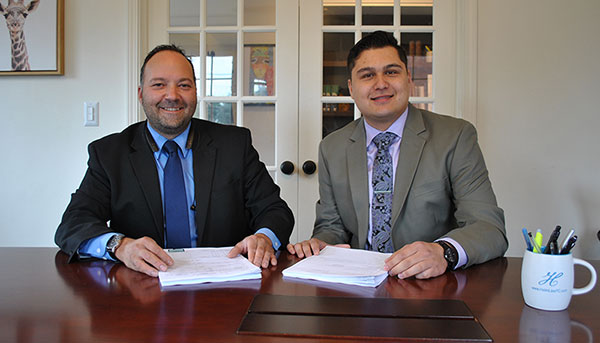 Livonia, Mich. – “This continues to be the best job market for paralegals that I’ve seen in my thirty years of paralegal education,” said Mary Meinzinger Urisko, J.D., director of the paralegal studies program at Madonna.

The U.S. Department of Labor predicts the paralegal profession will grow much faster than average through 2026 with a 15 percent annual growth rate. New graduates with less than a year of experience average $38,500-$43,000 in the Metro Detroit area. Within five years the average salary for paralegals is approximately $60,000, according to the legal recruiter, Robert Half’s Website. For the specialized legal practice areas of contract administration and electronic discovery the salary range is approximately $50,000-80,000 after five years and after 10 years can be $110,000 or more.

Madonna University’s Career Services Website continues to see a strong demand for paralegals. Recent Madonna graduates work as clerks for a U.S. magistrate and a Michigan Court of Appeals judge. Others are employed in law firms, corporate legal departments (including the auto industry), banks and the U.S Attorney’s office.

According to Meinzinger Urisko, most large law firms, corporations and government bodies require that paralegals possess a bachelor’s degree in paralegal studies. Approved by the American Bar Association (ABA) Madonna University’s paralegal program offers an associate degree, a bachelor’s degree, as well as post-baccalaureate, and post-BSN certificates. Degree completion, for those with associate degrees, requires 120 credits — at least 46 of which must be completed through Madonna University. The post-baccalaureate certificate (30 credits) can be completed in one year of full-time study.

Madonna’s paralegal program requires students have an internship. The internships provide real-world experience and may even result in a full-time positions after graduation. Such was the case for 2016 Madonna alumnus Aaron Boey. An intern with Helm Law PC in Plymouth, Mich., Boey was hired as a paralegal after he graduated. After completing his first year of law school at Michigan State University, Boey returned to the firm to work for the summer. He’s headed back to East Lansing for his second year of law school.

“My internship, classes at Madonna and work experience at Helm Law, more than prepared me for law school,” Boey said. “I have played a substantial role in more than 130 cases, and have sat at the counsel table for multiple jury trials. This experience has strengthened my knowledge and competence in every aspect of the litigation process. And none of this would have been possible without my Madonna paralegal degree.”

Madonna classes are offered weeknights and weekends, and online; the ABA requires that at least 10 credits be taken on campus. Fall semester starts August 27, 2018. For information about the program, call 734-432-5570, or email Professor Mary Meinzinger Urisko at murisko@madonna.edu.

Pictured here with David Helm (right) of Helm Law PC in Plymouth, Mich. is Aaron Boey, of Livonia. Boey graduated from Madonna in 2016 with a bachelor’s degree in paralegal studies. Following his internship with Helm, he was hired as a paralegal. He currently is pursuing his law degree at Michigan State University.