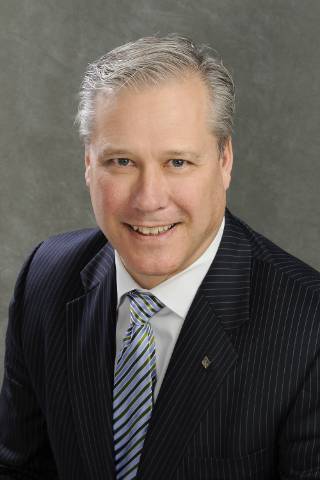 LIVONIA, MICH. – David J. (D.J.) Boyd, was appointed chair of the Madonna University Board of Trustees, effective January 2, 2021, when alumna Eileen M. Ashley stepped down in December 2020. He has served as a Madonna trustee since 2018. He chaired his first full board meeting in February of this year.

According to Madonna President Michael A. Grandillo, Boyd has been a very active and dedicated trustee, who takes very seriously his role as an advisor and a resource for the University’s administrative leaders.

Looking forward to his term as chair, Boyd described it as exciting. “Our focus as a Board will be assisting and supporting the University’s efforts to implement its strategic plan for continued growth in students, facilities, and the endowment, in order to ensure the future of the Felician Sisters’ legacy.”

Grandillo said these are challenging times and D.J. has the skills and passion to keep moving the University forward. “As a trustee, D.J. has led by example – giving generously of his time and treasure, and engaging fellow trustees in a Challenge grant for our annual St. Felix Day of Giving,” Grandillo said. “He brings exceptional organizational skills, a deep understanding of Madonna’s mission, vision, and Franciscan values, as well as sincere respect for the Felician Sisters and their visionary leadership.”

Boyd earned a bachelor’s degree in philosophy from University of Michigan, Ann Arbor. As a certified financial planner for Edward Jones, in Northville, Boyd has served in many roles, including regional leader. His commitment to community service extends beyond his work with Madonna University, to include the Rotary Club of Northville (past president); the Detroit Athletic Club, and he teaches religious education and sings in the choir at Our Lady of Victory Parish.