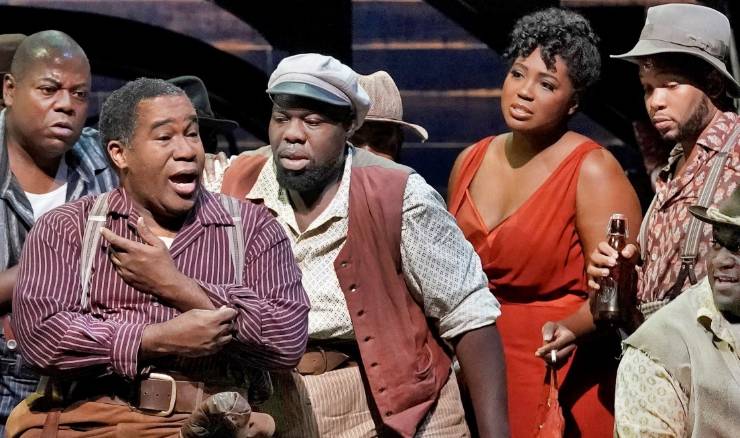 Set in South Carolina in the 1930’s, the musical follows the tragic romance between a cripple beggar Porgy and the beautiful Bess. The two strike up an unlikely friendship until a hurricane and the return of Bess’s abussive partner changes their lives forever. The musical features the classics "Summertime," "Bess, You Is My Woman Now," "I Got Plenty of Nothing," and "It Ain't Necessarily So."

Brooks (pictured at right in rust vest and light cap) played the role of Mingo throughout the production's repertory schedule, which was also shown at local movie theaters in the series, The MET: Live in HD.  Before the pandemic closed all performing organizations, Brooks was in the Lincoln Center Theatre debut opera production Intimate Apparel.  He is contracted to perform with the Metropolitan Opera this coming year once COVID-19 restrictions are lifted.