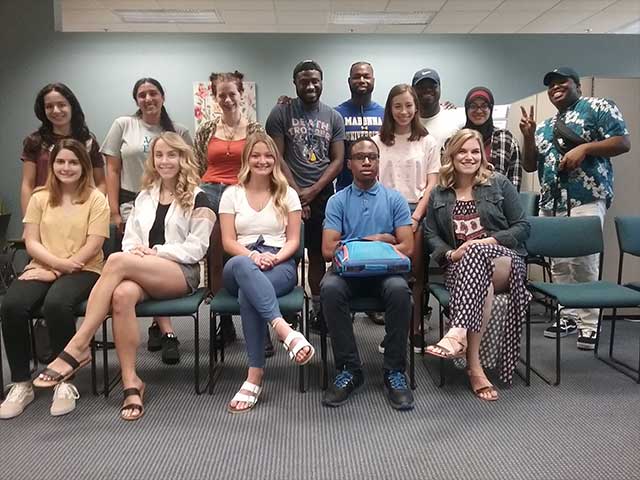 During the mini-retreat George, a two-time Madonna alumnus, inspired the students with a hope-filled message about hard work, persistence and time management.  He reminded students that in a world where multiple priorities compete for students' time, all the time, the gift of time is the best gift and asset students have. Preserving that time and not wasting it was his best advice to incoming freshmen.  Officer George gives tirelessly to his Detroit community as a mentor within former Mayor Dave Bing's Bingo Mentorship Program and through the Detroit Police Athletic League (PAL).  Among Bryant George's many awards are two Spirit of Detroit Awards,  Michigan Chronicle 40 Under 40 in 2015, and Detroit News Michiganian of the Year, Class of 2018.

George earned a bachelor’s degree in criminal justice in 2011, and a Master of Arts in Higher Education and Student Affairs in 2019.

It represents a diverse group of undergraduate students from a wide array of majors who are empowered to excel academically, to advance as leaders in a multicultural workforce, and to engage in service for the common good, so as to flourish in a career in an inclusive global economy.