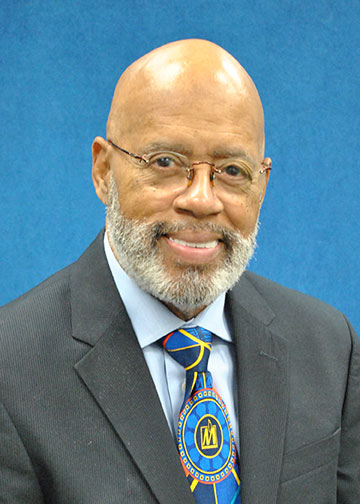 LIVONIA, Mich. – Gerald W. Smith, president of GW Smith & Associates, in Detroit, will give the keynote address at Madonna University’s 75th Commencement to be held, Saturday, May 7, at 11 a.m., at the Suburban Collection Showplace in Novi. Smith will speak to some 850 Madonna graduates, who hail from 24 countries.

Degrees will be conferred upon 11 doctoral candidates, 180 master’s and education specialist graduates, and more than 650 undergraduate students, including 15 of 28 Haitian graduates who will travel to Michigan to take part in the ceremony. The degrees were earned in Madonna’s School of Business, and the Colleges of Arts and Sciences, Education and Human Development, and Nursing and Health.

“We are honored that Gerald is speaking to our graduates this year, and we are pleased to bestow upon him an honorary Doctorate of Humane Letters,” said Madonna’s Acting President Ian S. Day. “A passionate servant-leader, and consummate communications professional, he is the perfect speaker to inspire our graduates to use their degrees to change the world,” he added.

As part of the Commencement ceremony, the Madonna University community also will honor Perrmella Harris with the Distinguished Alumna Award. Her bio is below.

Native Detroiter Gerald W. Smith is president of GW Smith & Associates, a communications firm specializing in strategic planning, video production, event planning and public relations. Recently, he served as vice president for the Macomb County Habitat for Humanity. Prior to establishing his own business, he was senior manager of External Affairs for Comcast-Michigan.

Early on in his communications career, Smith served as director of community and project development at PBS/Detroit Public Television for 14 years. He is best known for his role as co-host on the EMMY-nominated TV/radio talk show “Back-To-Back”, in Detroit. He also hosted the talk show “Good Schools: Making the Grade” on Detroit Public Television.

Smith has extensive experience in organizational development and community planning. As a member of the Detroit Economic Growth Corporation’s development team he co-authored several market studies for the city of Detroit and served as project director for the Eastern Market, Seven Mile-Livernois, and Millender Center.

A graduate of the University of Detroit, Smith actively supports all levels of education. As a faculty member of the Wayne State University Department of Africana Studies he was presented the Carter G. Woodson Award for excellence in education in 1998. He also was named United States Peace Corps Black Educator of the Year in 1990. He also taught courses in African American studies at Wayne County Community College, and was a guest lecturer at the Nairobi International School in Nairobi, Kenya.

Smith served four terms on the Madonna University board of trustees and was the board’s first African American vice chair. As chair of the Trustee Committee on Advancement, he helped raise funds for the University’s Franciscan Center. He also was a benefactor at the President’s Club level and he was a mentor to African American students in the Bridging Lost Gaps program.

He is a 2010 inductee into the Michigan Chapter of the National Academy of Television Arts and Sciences (NATAS) EMMY Silver Circle; a 2010 “Michigan Chronicle” Man of Excellence award recipient; a 2011 Leadership Macomb graduate; and a 2012 National Association of Multi-Ethnicity in Communications (NAMIC) Leadership Seminar graduate.

Gerald W. Smith is the recipient of hundreds of community service awards, and he has served on numerous boards, foundations, and associations, including Big Brothers Big Sisters, NAMIC, the Michigan Legislative Black Caucus Foundation, Booker T. Washington Foundation and many more. 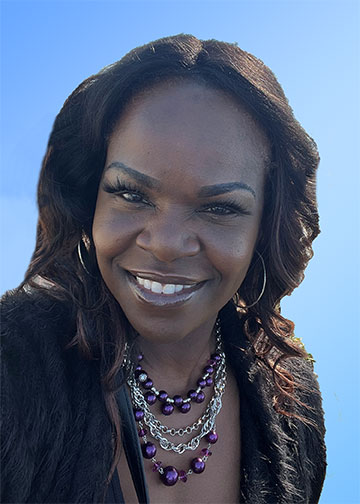 The oldest of four girls, Perrmella Harris grew up in Detroit, and was the first in her family to earn a college degree. Harris earned a bachelor of arts in video communications in 1998. Then, at a very young age, the goal oriented and entrepreneurial Harris owned and operated the first, successful Black Cheer Gym, in Michigan, for some 25 years.

Currently, Harris is the director of business development at SMS Group of Companies in Detroit, and she serves as a board member for the Livonia Chamber of Commerce. She also is a certified judge for MHSAA Girls Competitive Cheer and NAIA College Cheer. An Amateur Athletic Union (AAU) volunteer for more than 20 years, Harris also has served as a National Cheerleading official at countless local, regional, and national championships for more than 30 years.

Her love for supporting and encouraging others to succeed led Harris to start The Bling Effect Foundation, a non-profit organizations that offers unique opportunities for personal growth, mentorship, and development while building character in young people and providing scholarships for those who complete the six-month program.

Harris has been married to Glenn for 27 years and they have three adult children – Glenn Jr., Kory, and Keion. In 2021, Harris earned a Master’s in Management and Leadership from Western Governors University. Earlier this year, Harris received the Livonia Chamber of Commerce Ambassador of the Year Award.

According to Harris, her Madonna University education changed her life forever. “My college degree has opened up many opportunities, and it prepared me both intellectually as well as socially,” she said. “I was able to not only learn about the various positions of broadcasting, but also to perfect my communication skills, which I use to this day.”

Liberal arts education, career preparation and service-learning have been the hallmarks of a Madonna University education for 85 years. In addition to the beautiful main campus, conveniently located at I-96 and Levan Road in Livonia, Madonna offers academic programs in Gaylord, Macomb, and online in China, Haiti and the United Arab Emirates. Michigan’s most affordable, independent, Catholic, liberal arts university, Madonna offers more than 100 undergraduate and 35 graduate programs in the Colleges of Arts and Sciences, Education and Human Development, and Nursing and Health, as well as the School of Business.