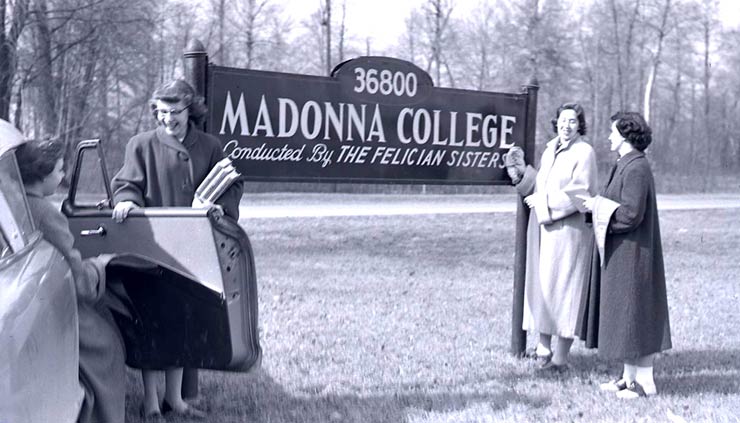 LIVONIA, MICH. – To celebrate Women’s History Month, we are recognizing the inspirational Felician Sisters who founded Madonna University back in 1937 with the Franciscan values at the institution’s core.

The roots of Madonna University’s founding began in 1855 in Warsaw, Poland when a young woman named Sophia Truszkowska organized a religious order committed to caring for the poor, homeless, sick, and the elderly. The Congregation of the Sisters of Saint Felix of Cantalice (CSSF), also known as the Felician Sisters, devoted themselves to following the teachings of St. Francis of Assisi in order to better serve their community. In 1874, five Felician Sisters came to America and settled in a Polish community in Wisconsin. They began opening schools for immigrant children. By 1880, the Felician Sisters had expanded their efforts into Michigan, organizing schools in both Bay City and Detroit. The Felician Sisters built their Motherhouse on the east side of Detroit and in 1936 moved to Plymouth Twp,(which is now Livonia.) As the Felician community grew, so did the need for an institution of higher education to prepare Felician Sisters as teachers.

Mother Mary DeSales Tocka and her Felician council in Livonia established the institution under the name Presentation of the Blessed Virgin Mary Junior College. Eighteen Sisters were enrolled for the college’s first year. It became Madonna College in 1947, and the first eleven lay women were admitted as students.  In 1972,  during Sr. M. Danatha Suchyta's presidency, the college admitted its first male students. Under the leadership of its sixth and longest serving President Sr. M. Franciline Van de Vyver, the college became Madonna University.

What started with 18 students has grown to some 3,000 students and more than 30,000 alumni.  As we celebrate the accomplishments of women this month, it is appropriate to reflect on the University's visionary female leaders. 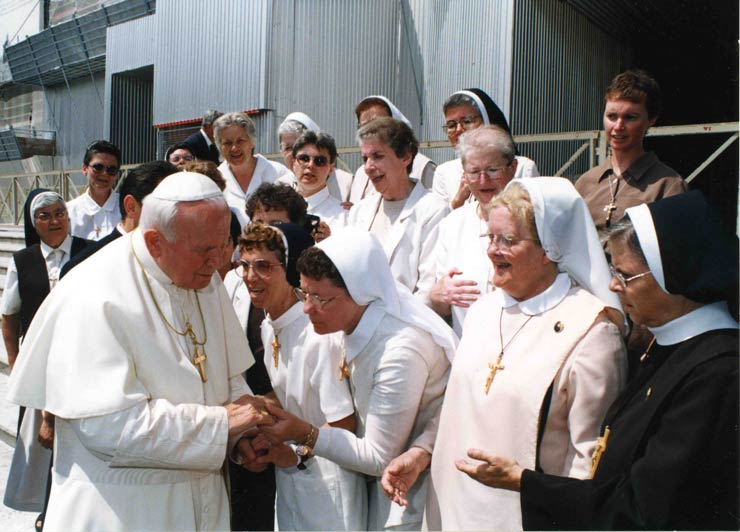 In the spirit of recognizing female achievements, it is fitting that Madonna's sixth President Sister Rose Marie Kujawa, Ph.D., recently was awarded the Pro Ecclesia et Pontifice medal from Pope Francis, for her many years of dedicated and selfless ministry to the local and universal Church. The medal was presented by The Most Reverend Allen H. Vigneron, Archbishop of the Detroit Archdiocese at a special ceremony at St. Colette's Church, in Livonia.

From the time of Madonna University’s founding until now, the Felician Sisters have worked tirelessly with dedicated educators to educate students for truth and service to spiritually renew the world. Women’s History Month gives us a chance to reflect on these trailblazing women who continue to inspire us and initiate positive change in our University and community.