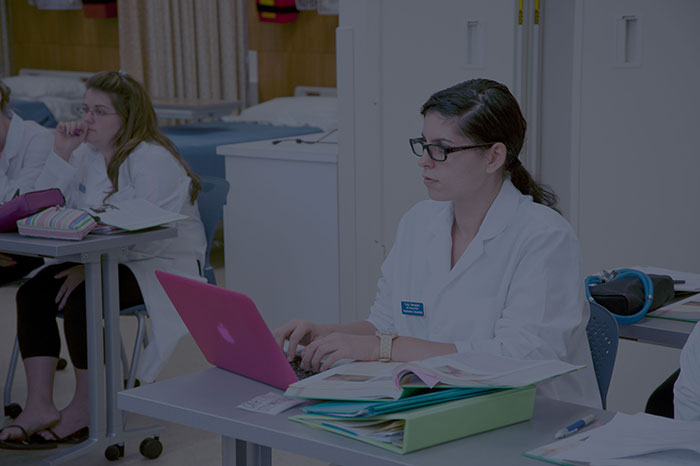 Nursing Education With a Tradition of Caring

The mission of the Madonna University Undergraduate Nursing program is to educate students to assume the role of professional nurse who promotes excellence and leadership in the nursing profession.

The BSN pre-licensure and BSN completion programs exemplify the University’s Catholic and Franciscan values and commitment to serving the community. Relationship-centered care and learner-centered community capture the uniqueness of Madonna’s undergraduate nursing programs. We are delighted to announce that our newest undergraduate nursing program, the Accelerated BSN, which launched in Fall 2018. Students will be able to earn a quality Bachelor of Science degree in Nursing in as few as 16 months. This program will provide nursing students with the academic foundation and experiential learning required to succeed in today’s complex health care environments.

Enjoy the personal attention offered by our nursing faculty and staff as they guide you through traditional and online classes, hands-on lab experiences, high-fidelity simulation, and actual practice in a variety of health care settings. Our dedicated faculty members are committed to helping you gain the requisite knowledge and competencies to succeed in the role of a professional nurse.

Accredited by the Commission on Collegiate Nursing Education (CCNE), and approved by the Michigan Board of Nursing, Madonna’s undergraduate nursing programs are highly regarded by healthcare professionals.

Students interested in nursing, but who do not meet the pre-nursing admission requirements, can be admitted as an undeclared student in the College of Nursing and Health to establish a higher GPA while taking the prerequisite courses for the nursing program at Madonna.

Students interested in nursing, but who do not meet the pre-nursing admission requirements, may be considered for admission into other academic programs and/or on an individual basis.

Students must have been accepted into the pre-nursing program and must meet the following requirements:

Students with complete applications, who meet the minimum requirements, will be referred to the Nursing Admissions Committee. All applicants will be notified of the outcome of their application. Student may be selected, waitlisted, or denied. Students who are denied may reapply for a future semester.

Students must earn grades of C (2.0) or higher in all nursing and specified required support courses. The nursing department's academic excellence policy states that a student who receives two grades below C (2.0) in either nursing or specified support courses will be automatically dismissed from the program or not considered for pre-nursing admission.

The original grade below C (2.0) counts in relation to this policy even if the course has been repeated for a satisfactory grade.

The criteria for direct nursing admission are the following:

Students interested in the ABSN program must have either a confirmed Bachelor’s degree from an accredited institution with a minimum cumulative 2.8 GPA or a minimum of 60 credits with a cumulative 3.0 GPA in all undergraduate coursework.

Additional requirements, such as a writing assessment and letter of intent, as well as specific prerequisites must also be met.

Membership in MUNSA provides each nursing student the opportunity to be a part of the largest independent student health professional organization in the country through membership in the National Nursing Student Association and the Michigan Nursing Student Association. Students through their elected officers and faculty consultants administer the organization. The purposes of MUNSA include programming to provide information about fundamental and current professional concerns, and assisting in the development of the whole person with emphasis upon the nurse’s responsibility for the health care of people in all walks of life. Highlights include the regular meetings, fundraisers, attendance at the state and national conventions, student camaraderie, and the opportunity to learn about careers in nursing.

The Founders of Sigma Theta Tau had a vision of what the organization could become when they founded the society in 1922. Madonna College had a vision and also made it a reality. In September, 1984, Dr. Noreen O'Neill, Dean of the Nursing Department, commissioned Judy Grant, MSN, RN, nursing faculty member, to take responsibility for establishing a Nursing Honor Society at the then Madonna College. The Growth and Honors Committee was charged to assist with this endeavor. In November, 1984, a steering committee was established to develop the Honor Society. The Steering Committee met and adopted bylaws as suggested in Guidelines for Establishment of Local Chapters. Admission criteria for membership was established and a list of eligible students was obtained.

Teresa Wehrwein, Ph.D., RN, was president from April, 1990 to 1992. During that period Kappa Iota was awarded their first National Key Award for chapter member activity. With Sharron Guillett, MSN, RN, as president, the chapter received its second National Key Award in 1992. Kappa Iota has continued to grow as has Madonna University and the College of Nursing and Health. To date, the chapter has over 400 members. With your help and support, Kappa Iota Chapter of STTI will be actively involved in promoting and supporting the profession of nursing.

Madonna University joins an exclusive group of organizations authorized to offer HIMSS-approved healthcare and health information technology education and training programs that prepare candidates for advanced knowledge in health IT or healthcare.

Madonna University’s Graduate programs prepare nurses for leadership positions at the entry and mid-levels, where the need is greatest in health service organizations.

Designed for nurses who have been out of clinical practice for longer than two years and are wishing to return to an adult setting in acute care, home care, and/or long term-care. 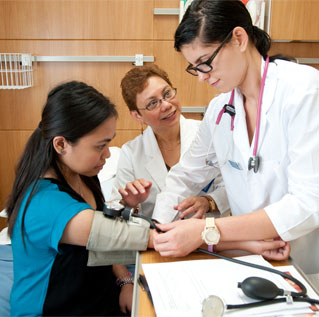 View all our experienced professional faculty